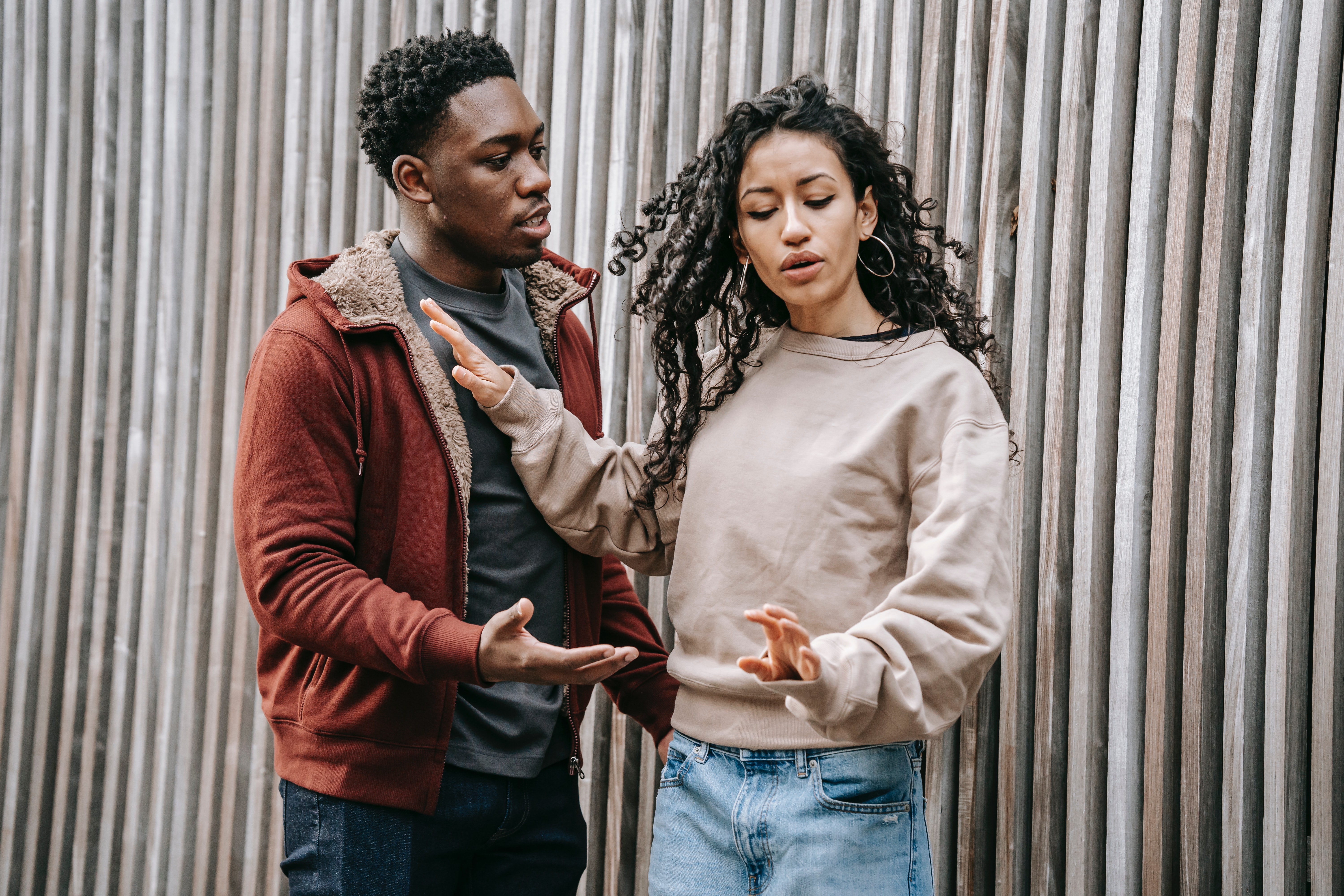 Having fights with your partner or spouse is nothing new, it’s inevitable for couples to have disagreements and conflicts because you basically see each other often or live together. Sometimes the conflict can heat up and negatively affect your relationship in the long term, however, there are ways to prevent this. You should consider improving your conflict resolution skills.

We human beings have an instinct to win and beat the other person, this is also true in relationships as people want to win arguments and prove their point instead of controling themselves and letting their relationship take the victory, while some people are obsessed with winning arguments, there are others who simply suppress their anger to “go along to get along” which can easily lead to resentment and unresolved issues. Either way, this is not healthy for you and your relationship. There is research that shows how couples work through serious disagreements between them often helps predict the success of ther relationship. Furthermore, a study from the University of Georgia revealed that the way couples approach conflicts in their relationship is associated with a key biomarker for health, meaning that there are strong links between relationships and health.

Cortisol is our body’s primary stress hormone and the level of cortisol in our body helps indicate how stressed we are. Our cortisol levels spike right after we wake up and it gradually declines throughout the day. People who are able to control their stress levels usually experience steeper declines of cortisol throughout the day and the steeper it is, the healthier and happier a person is. The findings from the study found that couples who resolve conflict with positive behaviours when they are at home are able to manage their stress much better than others which means that they are happier and may live longer as well. Resolving conflicts positively and constructively can be tricky because if it is not handled properly, it could make the conflict worse than it already is. In fact, a researcher successfully managed to predict which couples would end up in divorce simply by observing their conflict resolution skills. Not all of us were born in households and families where we were constantly exposed to perfect conflict resolution skills from our parents or other family members so it is not siomething most of us learn or are modelled by when we were young. However, worry not, we will go through several ways to improve your conflict redsolution skills.

Get in touch with your feelings

One of the most important elements of conflict resolution involves yourself. You should know how and why you feel a particular way. You would think that you know your own feelings well but surprisingly, that is not always the case. Sometimes you feel angry and resentful without actually knowing the reason why that is the case, you might also not be aware of what you actually want from your partner and if it is even reasonable or not. Journaling can be a good way for you to know and get in touch with your own feelings so you can understand them and communicate them to your partner better. This could be extremely difficult for some people and it could bring up other issues in which case you should consider psychotherapy in order to resolve your own issues.

Our listening skills are crucial to improve our conflict resolution skills, how effectively we listen to others is just as important as how we express ourselves as effective conflict resolution involves putting ourselves in each other’s shoes and understanding the other person’s perspective as well. Sometimes just allowing your partner to be heard and understood will significantly help resolve conflicts and bridge the gap between each other. Unfortunately, we know that may be easier said than done, so in order to be an active listener, try to take the time and mental capacity to listen to them carefully when they are talking instead of formulating your next response or your counter argument in your head while they are still talking and also try not to become so defensive that you become entrenched in your own perspective without hearing them out. Furthurmore, you should also communicate your needs and feelings very clearly to them so they do not misunderstand you. If it is not clear, then they may misunderstand it which could fuel the fire instead of stopping it. Be as concise as you can and speak what's on your mind clearly and assertively without being aggressive.

Now it's time to actually solve the conflict. After you have understood each other’s perspective and feelings you have to come up with a solution which BOTH of you can live with. In some cases, an obvious solution will come up if you both actually understand each other. In cases where one of you misunderstood the other, a simple apology will work wonders and simply bring you closer together. However, there are times when more work is required such as when the both of you simply do not agree with each other’s perspective and opinion. There are a few options which you can proceed with, the easiest one is that both of you simply agree to disagree, you can also find a compromise with each other and when the particular issue resonates more with one partner, let them take them win and they will concede next time when the issue is much more important and relevant to do. It’s all about compromise. The most important thing is that you work things out respectfully. Now if there are conflicts often and you simply cannot resolve it in any way because of various issues then you should seriously consider distancing yourself from them for a longer while or even cut ties with them completely. This will make it healthier for you in the long term and it will set both of you free to be able to live happily and stress free.

Conflicts are a part of life, everyone has disagreements because we all have our own point of view and we are raised differenly under different environments, the most important thing is to try to resolve the conflict in a constructive and positive matter instead of just going with it or arguing all the time as it will end up significantly reducing your quality of life. Everyone deserves to live happily so it is crucial conflicts are resolved. If you need any professional help or someone to talk to about conflicts in your relationship then do not hesitate to contact Dr. Narindr at one of the links below.